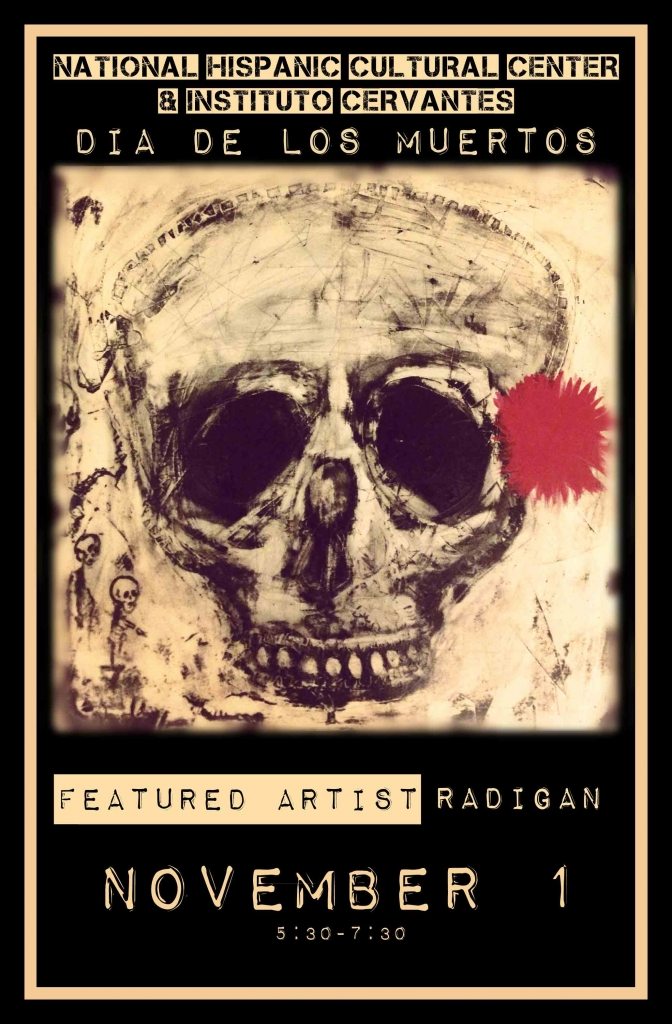 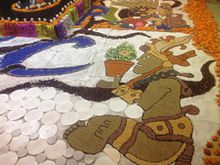 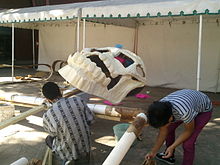 Development of giant skull for Day of the Dead celebration at the National Museum of Popular Culture, Coyoacan, Mexico City

The Day of the Dead celebrations in Mexico can be traced back to a precolumbian past. Rituals celebrating the deaths of ancestors had been observed by these civilizations perhaps for as long as 2,500–3,000 years.

[3] In the pre-Hispanic era skulls were commonly kept as trophies and displayed during the rituals to symbolize death and rebirth.

The festival that became the modern Day of the Dead fell in the ninth month of the Aztec calendar, about the beginning of August, and was celebrated for an entire month. The festivities were dedicated to the goddess[4] known as the “Lady of the Dead”, corresponding to the modern Catrina.